President Kersti Kaljulaid met with the President of the European Parliament, Antonio Tajani

“I hope that Estonia’s Presidency of the European Union will be looked back on as the time when the ice began to thaw, and Europeans regained their confidence and acquired a more optimistic outlook towards a common future,” said President Kaljulaid.

According to the Head of State, we are going through a testing period for the European Union and both the euro and refugee crises set a good example. “I do believe that the European Union, based on common values, will emerge stronger from these crises,” she stated. 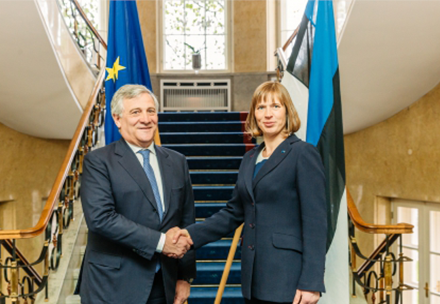